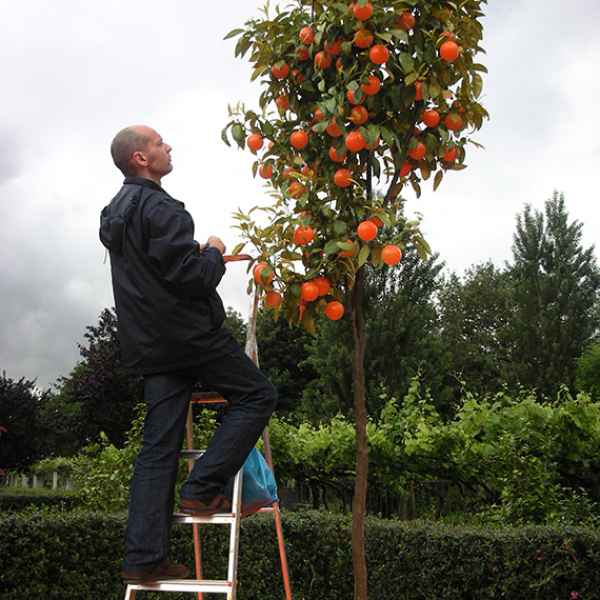 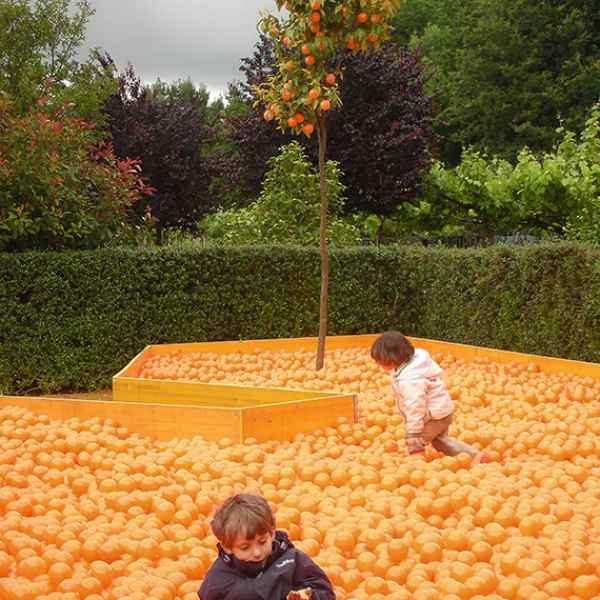 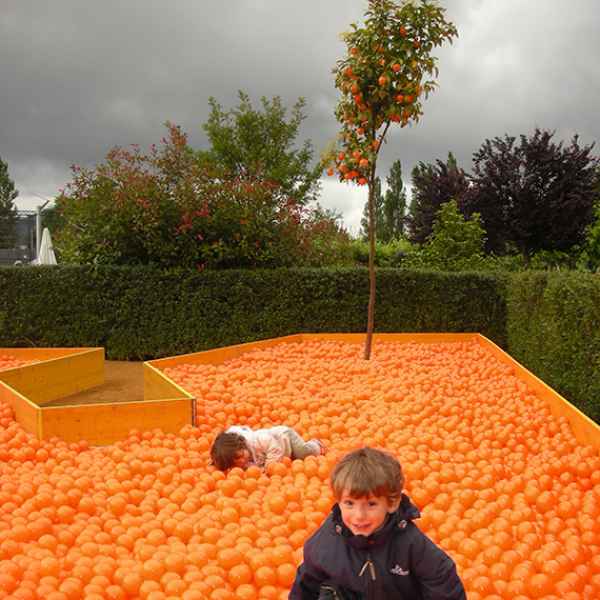 We have interpreted the Festival’s theme “Energy in the Garden” as a theme of gratitude and marvel for the generosity of nature.
One single plant, an orange tree (Citrus x sinensis), is placed at the centre of the garden, at its foot 50.000 oranges (plastic balls) the harvest of a single orange plant in 100 years.
We have chosen the orange tree as a symbolic plant for it has been cultivated for over 4000 years and also as it is a plant that has linked the East and the West many times in history. Citruses are emblems of the Southern Europe, but also of China and the Orient.
Legend has it that oranges were first brought to Europe by Portuguese sailors in the 14th century. During the research we did for this garden we found out that in many Italian dialects oranges are referred to as "portügàl", "purtügàl" or "portogàl" a clear tribute to its origins. We liked the idea of expressing a concept that is universal and its site-specific interpretation.
The garden will appear to the visitor as a “see” of oranges. Its visual impact is achieved by the contrast of the natural element in the centre (the orange tree) and the artifice of the plastic balls covering the soil.
A playful garden that nevertheless hides a sinister message recalling an ecological issue: a new generation of plants forced to produce fruits that never decay, the plant specimen genetically altered to achieve ‘perfection’.