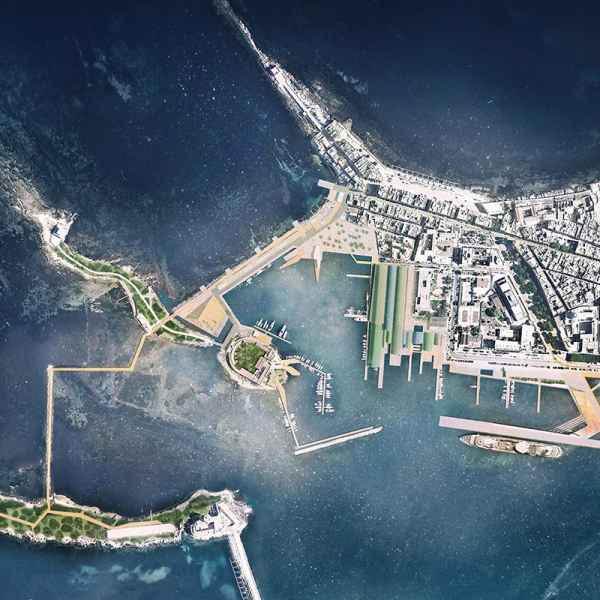 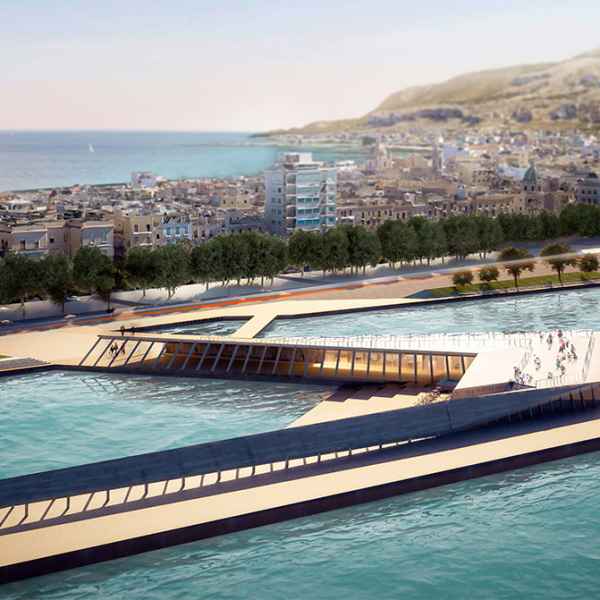 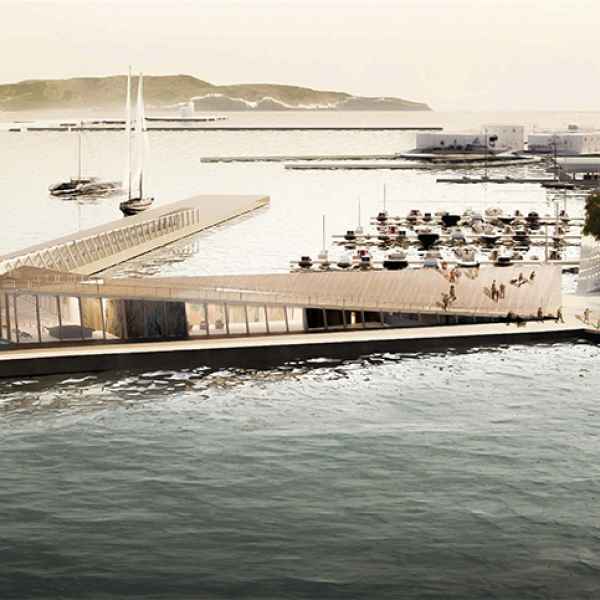 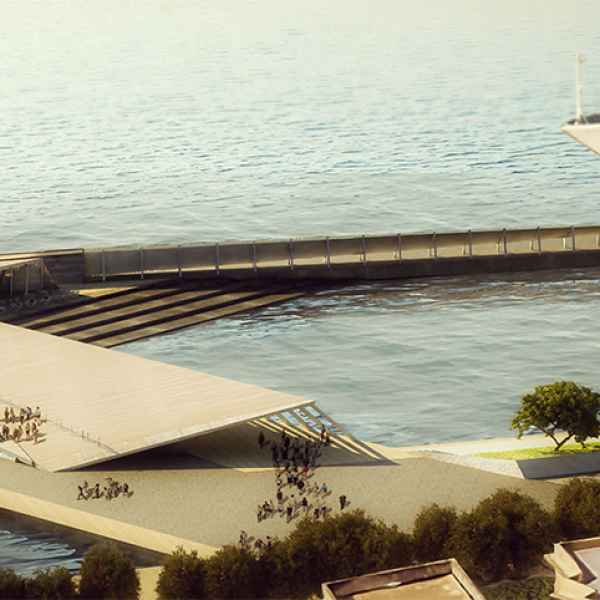 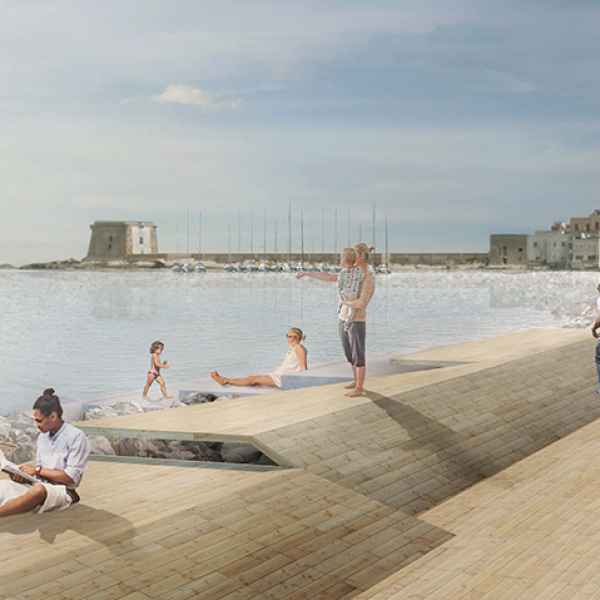 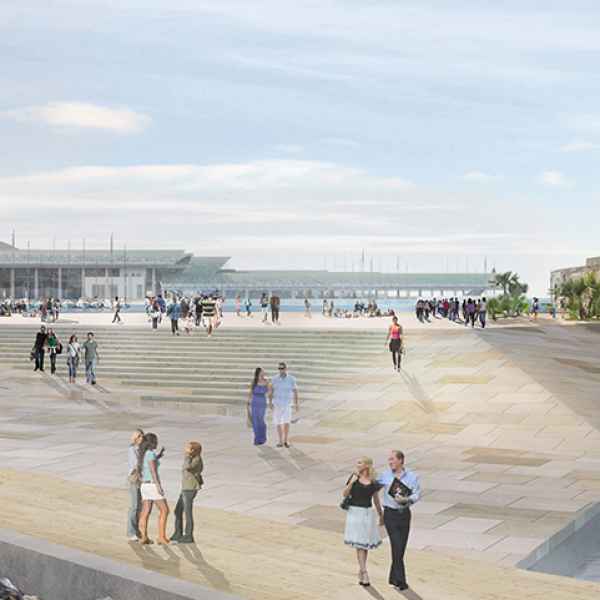 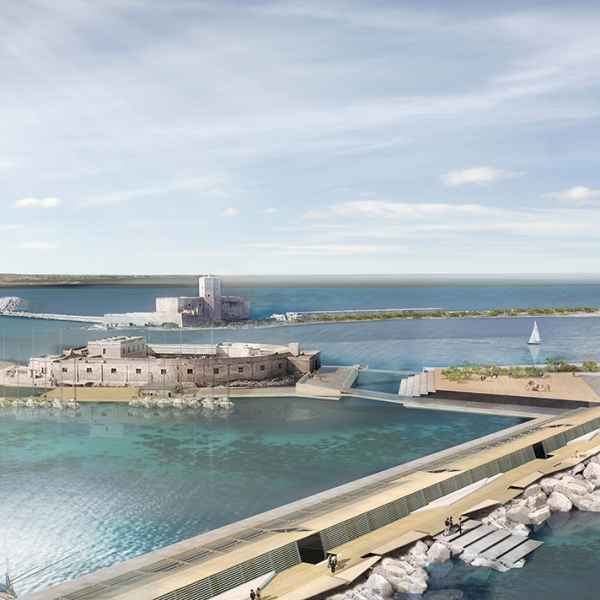 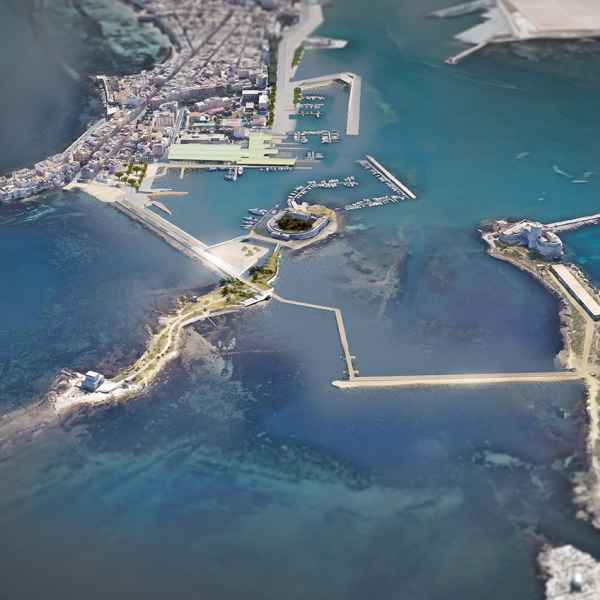 The competition was won by TECHNITAL s.r.l, Valle3.0 s.r.l, Peluffo & Partners and Marco Antonini architects, who are now in charge of the concept design.

The project aims at the redevelopment of the historic port waterfront and aims to trigger processes of urban transformation and regeneration. This involves the coastline as well as the entire urban network of places that relate to the sea and port areas. The project aims to interpret the seafront spaces as regeneration fields for large city sections.

The relational aspect is the primary vocation of the city-port interface: to specialize the functions and create short circuits to and from the city, towards water and towards land. Thus creating a development that is not frozen in a master plan but oriented to a relational and multidirectional field with mixed uses. Closer to an infrastructure than to an urban project, the interface could function as a sort of large magnet, active on two fronts: the proximity one, to the advantage of neighboring areas, and in the long distance one, catering for a wider territorial system.

The four principles of the project

Drepanon. The ever-changing landscapes of the coastline. The etymology of the name of the city, derived from the Greek word drepanon (sickle), describes the morphological configuration of this strip of land. A narrow and long stretch of lagoon coast dotted with islands and islets of small dimensions, connected by shallow waters, rocks and strips of land. An extraordinary set of focal points that emerge on the horizontal landscape of the salt pans, the internal water mirrors, the quays, the sea.
The context has undergone several changes over time, as often occurs along the urbanized and infrastructured coasts, especially in the presence of ports, tourist activities or related to the exchange of goods.

Archipelago. The archipelago is a discrete set of remarkable points related to each other both visually and physically. They can have similar morphological characteristics even if each entity (or island) keeps its characters intact. Bringing these back to a 'masterplan' as a single ordering tool would have made the individual entities lose value. The intention is to work on the enhancement of the quality of each unit and of the spaces and connections between them. The subdivision into four areas of the overall project area suggests this interpretation; the perceptual and emotional experience of the place confirms this.

Morphologies. Significant elements of the landscape, in some way opposed, are represented by the horizontality of the salt pans and the profile of the San Giuliano mountain (Erice) which forms the background of the city. The oldest urban nucleus of Trapani is of Islamic origin, therefore based on the figure of the maze-like urban network. The four project areas have strong relationships with the historic city and with the elements of the landscape. The design proposals of the individual areas explore the figurative horizon that the place itself suggests. From a figurative and symbolic point of view, the salt flats are understood as stratification, sedimentation, piles of salt, salt crystals.
They suggest design actions halfway between tectonics and land art, they are measured on the geographical scale of the horizon, they move the ground rippling like a wave, becoming squares for various public uses, articulated platforms for path and rest. In the case of more complex urban spaces, these references configure the maritime station, whose roof becomes a large walkable public space that terminates the urban axis of viale Duca d'Aosta at sea.

Urban design. The connection between the four areas therefore takes place through a network of border or crossing paths, redesigned for slow mobility, whether it is for vehicular or cycle-pedestrian mobility. One of the first project actions consists in identifying a sort of 'fil rouge' that penetrates in the four areas and connects them in an integrated and recognizable way. This connection will expand , by connecting the Lazzaretto and the island of the Colombaia by means of floating piers and the use of the breakwater barriers. This circuit will connect the four project areas and their corresponding functions: from the maritime station to the new fish market, from the former slipway square to the large square facing the former Lazzaretto, detecting and enhancing all the functions that take place here and starting new ones.

The historic waterfront with the new passenger terminal, the market and recreational marina, the fishing dock and urban square, the waterfront park, define an elongated field between the city and the sea with its own characteristics: it is an interface between city and port, not entirely the one or the other, but with the characteristics of both. It offers the opportunity for unprecedented and experimental planning based on the enhancement of both characters, on the hybridization of functions, and above all on the fabric of connections.