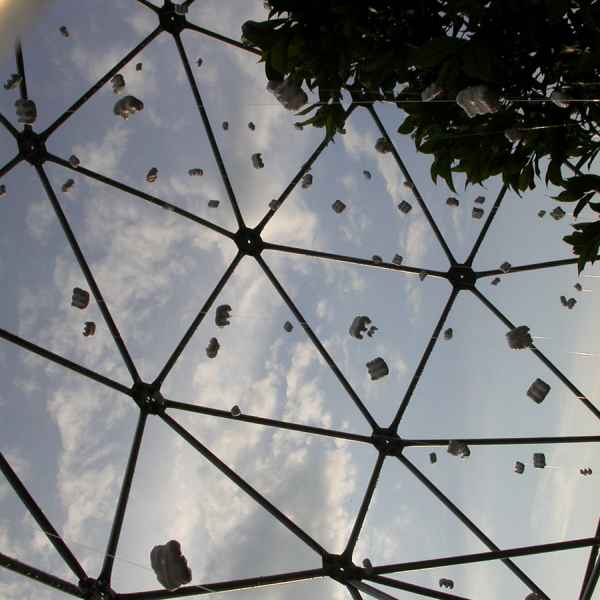 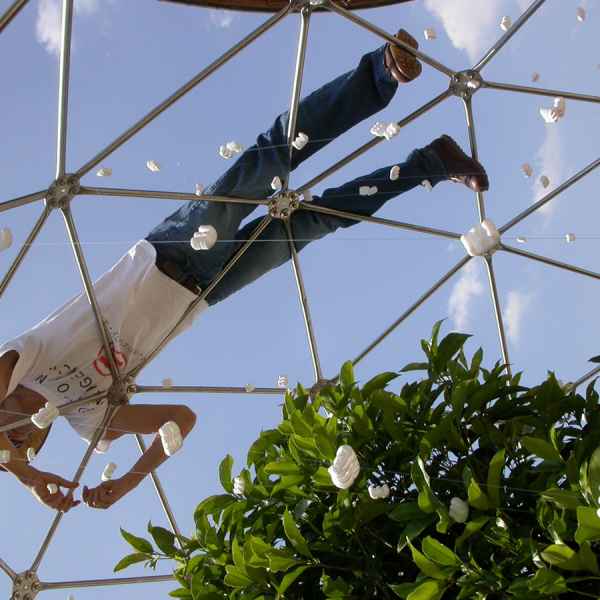 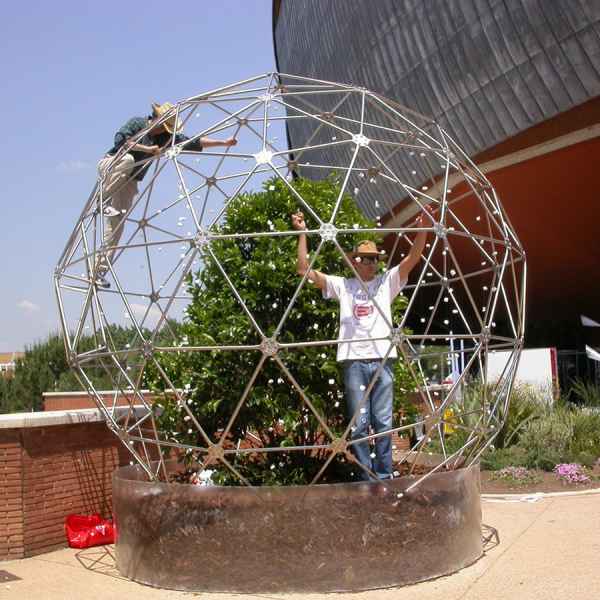 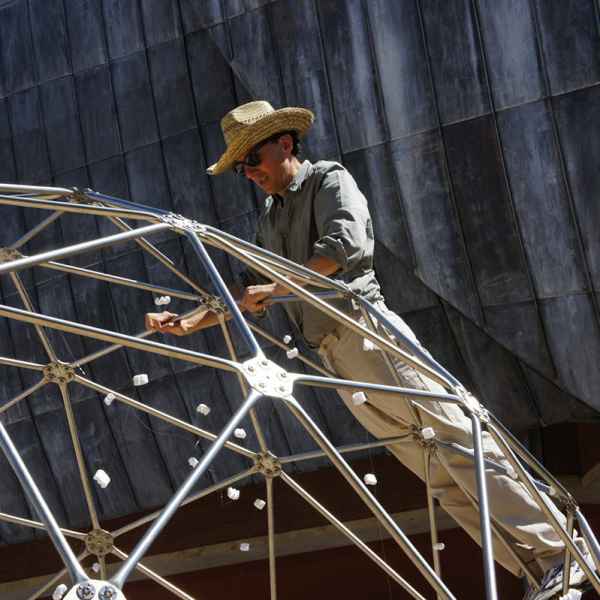 A geodesic dome that, like a museum display case, encloses and contains a single plant, magnifying the idea of nature classification.
It is a tribute to the late 19th century Rome when the city entered a scientific era and when the University Herbarium was established and the Botanical Gardens were opened to the public. During this time, labels to identify and display botanical species were first used for general public interest, eventually leading towards the ‘musealization’ of living plant specimens.
With these inputs in mind we have conceived ‘Snow Globe’, an out of scale, paradoxical image, where the 19thcentury scientific rigour aimed at ‘educating’ the public is replaced by the irony of a giant souvenir, still retaining a sense of surprise and deference towards nature.